News - Tightening of requirements for ship fuel since 2020 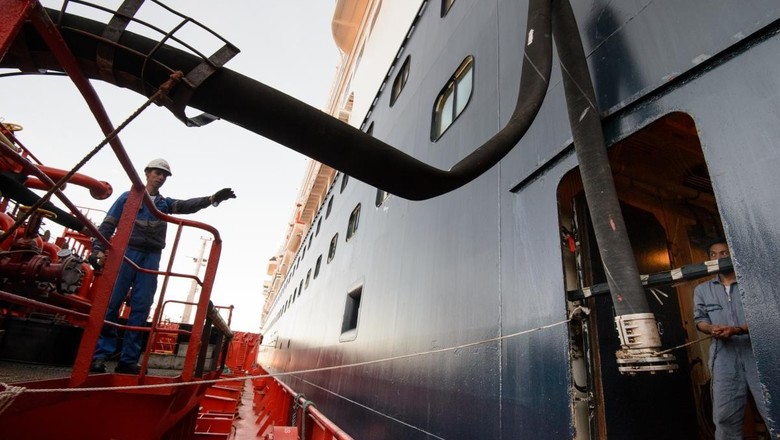 Lately International Maritime Organization (IMO) discussed tightening of marine fuel requirements. They will come in force since 2020 and will influence not only shipping by sea. Among the expected consequences there are changes in oil demand structure and rising commodity prices, writes telegra.ph referring on Bloomberg.

Consulting company Verleger thinks that IMO’s innovation «the biggest factor of oil market destabilization in history». According to consulting analytics oil prices may increase more than two times. Company’s forecast assumes that market changes along with factors, such as renewal of sanctions against Iran and fall in oil production in Venezuela, may screw up world prices on «black gold» to $400/barrel.

The main part of the problem are freight shipping by sea. Merchant vessels use one of the most polluting oil fractions — substance, known as fuel oil (FO). Annualy marine transport spends about 4 million barrels of FO a day, but less than in a year and a half this will change. Since January 1, 2020 according to the new rules IMO, there must be no more than 0,5% of sulfur in fuel oil(these changes were offered in 2008., in 2016 planned date was set, in November 2017 it was confirmed).

Meanwhile, 2/3 of oil production in the world accounts for high sulfur or medium sulfur oil(with carbon content no more than 0,5%). Shipping by sea is sector, where oil refining sphere could throw down fuel with the higher level of sulfur, forbidden in other spheres. And what will it do in a year and a half?

New rules don’t mean that production of fuel oil will stop. More likely, when producing lighter fractions will be added to it, for instance, gasoil or diesel fuel, — to achieve required ratio (currently there is about 2,45% of sulfur in fuel oil). However for this they will need extra 2 million barrels of fuel ultra low sulfur content. Whether the oil refining sector can give this volume is not known.

Getting around IMO rules will be difficult. The owners of vessels ,of course, may equip them with filters and continue to use high sulfur fuel. But it is expansive and hardly anyone will do this. In addition refit the entire international merchant fleet on time (about 60 000 of vessels) is simply impossible. All in all, the problem remains in the oil refining sector.

That part of it, which consumes oil with high sulfur content and produces and produces appropriate fuel, will face difficulties. Demand will decline and will have to adjust production to stay on the market. Those, who refine oil with low sulfur content, will be in a better position. But they will need more raw materials. Currently considerable part of such oil, produced in the USA, doesn’t make it to the global market. Whether the situation is going to change in the future is unknown.

Pessimistic scenario can be summarized by saying that situation will provoke rising fuel prices (modernization of oil refining on global level, as per calculation of chief of Verleger, will require billions of investments, prices of fuel oil will rise). It will affect diesel fuel and gasoil as well (demand on it, as the author of the forecast noted, will increase because of its usage in production of fuel oil, prices on diesel fuel, according to estimates International energy agency, may increase up to 30%). This may push up prices on oil until the market stabilizes.

If oil prices go up from current $74 to $400 per barrel. to 2020, this will definitely cause a global recession, according to economist Phillip Verlinger (chief of Verleger). However such scenario looks too pessimistic.

As enkorr promised, according to forecasts EnSys and Navigistics Consulting bunkering rules changes will increase the cost of a barrel of oil products: diesel and jet fuel, also gasolin of $10–20 (+11…12%).

Implementation of ecological initiatives IMO will lead to substantial growth  in operating costs. Taking into account the current difference in value of high and low sulfur content  fuel oil, purchase costs of it since January 1, 2020 will rise to $6–20 thousand a day depending on the vessel class.

Scrubber installation cost — Exhaust gas cleaning system (EGCS), — makes up $2 to $5 million on each vessel. However EGCS requires regular maintenance, including replacement consumables, which increases operating costs. Guidance of many big oil refineries has already stated, that their modernization for release of FO with 0,5% sulfur content isn’t economically viable. In this regard, currently under consideration are variants of usage of alternative sorts of fuel, that may change the structure of oil refining enterprice in a radical way.

At the same time decision of IMO will give impetus to the development and production of vessels, that consume alternative sorts of fuel. For example, in Netherlands a tanker was launched, that uses liquefied natural gas (LNG). The perspective of price increase on FO motivated American and Scottish engineers to develop vessels, that use electric power units powered by hydrogen fuel cells (HFC).

Order the service online
© InterVid. 2020. All rights reserved. Developers: SOFT-PRO
Thank you for the application!
In the near future our manager will contact you.
Error!
You did not fill in all required fields!