News - The Railway Reform: the hidden hazards of the new law project 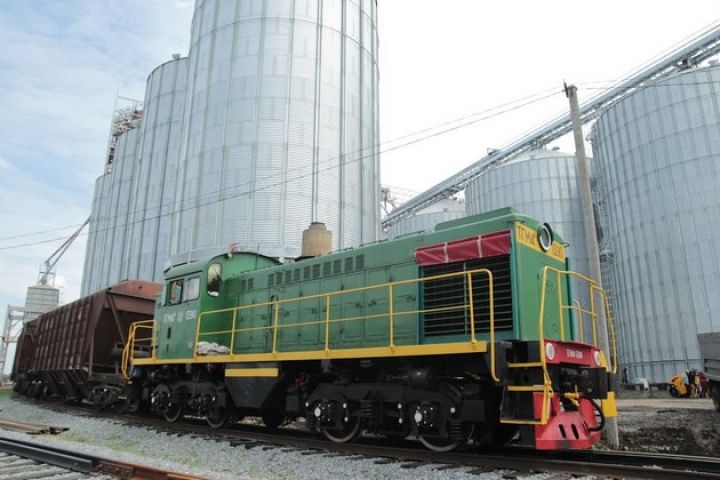 By the beginning of 2022 Ukraine will have received a competitive logistics market for the railways. A new bill on the railway transport has been introduced in the parliament, the text of which contains some pitfalls. Should they leave them, Ukrzaliznytsia will remain the monopolist.

Bill No. 1996-1 “On the Rail Transport,” which may become the foundation for reforming rail transportation, has been introduced to the Parliament of Ukraine. According to this document “Ukrzaliznytsia” will be divided into two companies, one of which will become an infrastructure operator, and the second one a carrier of goods and passengers. Realization of the reform may begin on January 1, 2022, as a result, the Government expects to receive the competitive railway logistics market.

Earlier, the Verkhovna Rada proposed the ban on the privatization of state-owned enterprises, which made it possible to transfer the state-owned railway enterprises Ukrzaliznytsya and Kiev-Dneprovskoye an inter-branch enterprise of the industrial railway transport to private companies..

Foreign partners react to these preparations in a positive way In such a way early September, the EBRD granted Louis Dreyfus a loan of $ 35 million for the acquisition of thousands of grain railcars to “diversify grain logistics” in Ukraine.

By the end of 2018, the Serdyukovka station was on the list of inert. One of the LDC transporters got unloaded there. At the beginning of the second decade of September, the World Bank provided its study on the future market of rail transportation. The reform model, that the Cabinet of Ministers and BP are guided by, is fully encouraged there.

However, there is a number of flaws in the text of bill No. 1196-1, the elimination of which will allow Ukrzaliznytsia to reserve the privilege of transporting and using traction. Turns out the very idea of transforming the industry comes to nothing. “Pilot project” with the approval of private traction has been previously announced by the Minister of Infrastructure Vladislav Krikliy. It will help to identify and eliminate probable problems before a full-fledged start of the railway transportation market..

Initially, it is worth delving into the paramount provisions of the new bill “On Rail Transport” and getting to know the curious study of the World Bank on railway reform.

In WB it is believed that it is rational to single out only the infrastructure operator from the existing Ukrzaliznytsia structure, at the same time, the structure of the second state company will unify the transportation of goods, passengers and operators on the mechanics and movement of trains. The reason for this is the considerable passenger traffic loss, the volume of which was about $ 560 million in 2018. WB recommends solving this problem after the infrastructure operator has been allocated.

Moreover, the infrastructure operator as a monopolist must establish the rates for admitting carriers to the tracks, and tariffs for the transportation of goods will be determined in a competitive market.

The World Bank recommended Ukrzaliznytsia to analyze inactive paths that are 8,000 kilometers long first. It is necessary to select from them strategically important sections for Ukraine, even if 2-3 trains run daily on them, and the remaining ones should be liquidated or privatized.

The main innovation of the document introduced to the Parliament is the right to transport goods and passengers for customers, regardless of their ownership type, as well as the ability to transfer routes to private companies under a concession agreement or PPP.

In addition, the WB considers it necessary to reduce in operating costs by reducing the low-skilled personnel of Ukrzaliznytsia and to increase investment in the automation of infrastructure maintenance. The percentage of low-skilled specialists in 2018 was 66% of the total staff of Ukrzaliznytsia (270,000 employees), at the same time, 44 billion UAH has been spent on labor remuneration.

As for the bill, among its innovations there are the three ones which are to be highlighted: separation of Ukrzaliznytsia into separate structures, acquisition of the right to carry passengers for organizations regardless of their form of ownership and the ability to hand both existing and newly constructed railway lines to private owners on the basis of PPP rights or under a concession agreement.

The bill determines the management of railways by four organizations. So, the Cabinet of Ministers will take over the regulation of the country’s railway policy with a decisive right to introduce into service and remove from service individual facilities.

The Ministry of Infrastructure will formulate the common railway policy and will receive the sole right to maintain a register of railway equipment for carriers.

The issues of tariffing, licensing of market participants and tracking violations of access to tracks will be addressed by the state commission of railway transport (DKTZ).

A new structure (the commission on accidents in railway transport), which is not tied to Ukrtransbespek in any way, will be created to regulate and maintain safety on the railways. It is planned to finish the reform until January 1, 2022. By creating new MIU regulators, this structure will take on the role of DKZT, UTB and will continue to control railway accidents.

Pilot to the rescue

Generally the bill №1196-1 brings improvements into the management processes of the railway industry and simplifies the dialogue with the authorities for exporters. The creation of DKTZ should prevent a recurrence of the situation with PJSC “Ivano-Frankivsk”, in which Ukrzaliznytsia, of their own free will, made it possible for this company to transport private TE33 wagons to the Khodorov station, and later took this right in her own decision.

The emergency commission on the railway will help to find a solution of the situation with two railways on the way to the Odessa and Pridneprovsky ports. The maximum number of emergency situations is recorded there, which led to almost 200 delays of freight trains in 2018.

Unfortunately, the document introduced in the Parliament does not answer the main question about the nature of the future market. For example, whether exporters having their own fleet of wagons will be able to order the supply of private traction, or will they remain dependent on Ukrzaliznytsia and other carriers with wagons and traction in their possession, position?

Having received the answer to the designated question, you can find the answer to the next one: what to invest in the concept of “non-discrimination” of access? Without an explanation for this characteristics, it is impossible to give a correct interpretation of the norms of the bill №1196-1 on the access of carriers to the tracks. For example, this document establishes that the infrastructure operator has the right to declare trunks “congested” when the actual throughput and theoretical discrepancies occur and, therefore, decide whether to grant permission to pass echelons at a high tariff rate or to refuse a permit.

The contract on the carrier’s access to the tracks has a period from 1 to 5 years, but in fact should be reduced to “one period of the schedule”. The frequency of the schedule change is not specified in the bill, but the infrastructure operator a five-day lag for the release of a loaded “route” train on the way is offered. It is worth recalling that Ukrzaliznytsia previously reported on the introduction of routes with priority over others according to a schedule with a traffic norm of 550 km / day.

There are a lot of inconsistencies in the document. In particular, it is not clear who will decide the fate of inactive stations, after all, according to the document, both the Cabinet of Ministers (Art. 16) and the infrastructure operator (Art. 17) have this right. The infrastructure operator has the right to prohibit the movement of private rolling stock if it considers that there is a threat to traffic safety. Moreover, the bill does not provide levers for the concerted actions of two state-owned companies, the purpose of which is to maintain the monopoly of Ukrzaliznytsia on cargo transportation.

The bill will undoubtedly increase the percentage of the private sector employed in orders at wagon and locomotive repair plants. The infrastructure operator will retain the right to repair rolling stock, to deliver fuel and electricity to private carriers. Earlier, Ukrzaliznytsia has announced plans to increase the share of private sector participation in orders for its repair plants to 30%. Now it is necessary to establish a rule for the coordinated interaction of market regulators and the infrastructure operator. Otherwise, it may turn out that the repair of wagons and locomotives at the Ukrzaliznytsia plants will be made as a qualification requirement, when determining access on common user routes.

It is necessary to solve the issue and with control over the tariff for the supply of electricity for the movement of trains, which are established by the infrastructure operator. Having a license for the distribution of electricity, Ukrzaliznytsia out of a possible 5,240 million kW-h delivered only 500 million kWh to outside consumers. These days in the hands of private traders there are only 3 VL-8 electric locomotives, but if the fleet of these vehicles grows, will the infrastructure operator illegally set higher electricity tariffs? In this situation, I would like to understand what position not only the DKZT, but also the National Commission, carrying out state regulation in the fields of energy and utilities will stick to?

The fate of the institutions responsible for IT is also not determined by the bill (escorting rail transport). Will private carriers still have access and to whom will they be transferred the Cargo Transportation Management System (ASK VP) GIVC and the “Unified Settlement Center” of Ukrzaliznytsia?

Ukrainian railways also suffer losses from a constant shortage of spare parts, their absence due to the underproduction of components in the country. In particular, from the reports of Ukrzaliznytsia it is clear that she completed the procurement plan in 2018 by only 82%, in monetary terms this is almost 1 billion UAH from the planned indicators. There is scarcity of components for freight and shunting locomotives. Therefore, the question remains how to work the future market with a shortage of spare parts.

However, there is still a lot of time to resolve the above inconsistencies and amend the document (first reading if the bill №1196-1 has not started yet).